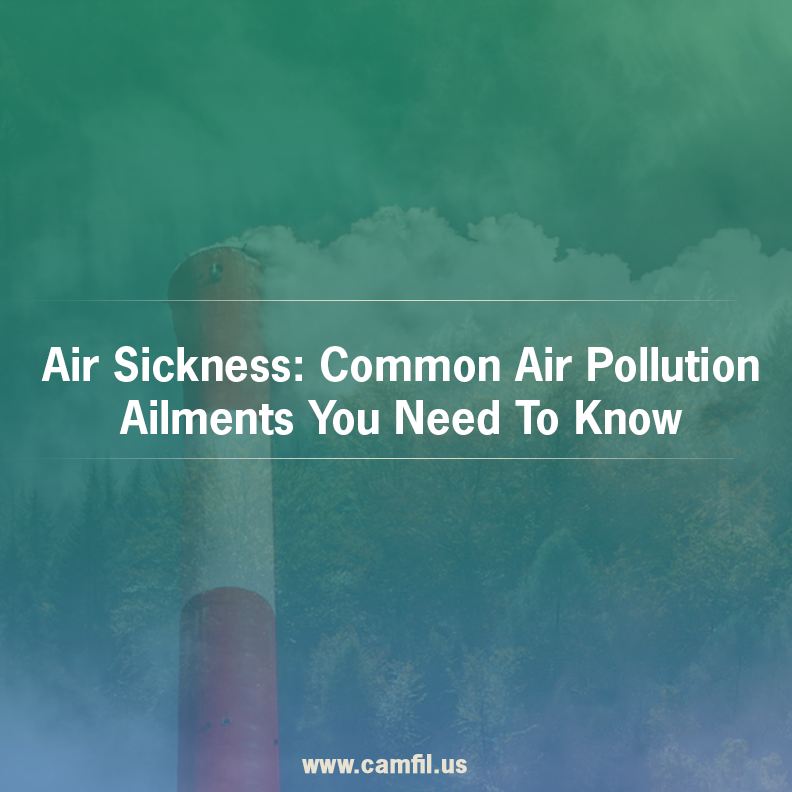 You probably don’t think about the quality of the air you breathe unless the pollution is so bad that it makes you take notice. But throughout the world there are a number of air pollution ailments that are becoming worse as air quality continues to trend downward.

“The notion of clean air as a human right isn’t something that people think about very often, but there are so many countries in which the air quality is so poor that it can become a big health care issue. That is why people must be aware of the common types of ailments that are triggered by air pollution so that they can take the precautions necessary to ensure good health.”

An article on the World Health Organization (WHO) site, echoes this assessment as one part of the piece read (1):

“Air pollution is a major environment-related health threat to children and a risk factor for both acute and chronic respiratory disease. While second-hand tobacco smoke and certain outdoor pollutants are known risk factors for respiratory infections, indoor air pollution from solid fuels is one of the major contributors to the global burden of disease. In poorly ventilated dwellings, indoor smoke can be 100 times higher than acceptable levels for small particles.”

In fact, the WHO believes that women and children are especially vulnerable to the effects of air pollution because they spend so much more time indoors.

According to Merck Manual, the “major components of air pollution in developed countries are nitrogen dioxide, ozone and airborne solids and liquid particles.”

These particulates are often microscopic, but they can easily be swallowed or inhaled, leading to common types of ailments such as:

And the reason all this matters is that air pollution is not improving throughout the world.

In fact, according to an article by Anmar Frangoul on CNBC.com, (4) “air pollution is the leading environmental cause of death on the planet and 92 percent of the global population is living in areas where the air is unhealthy.”

Those figures were taken from a report titled “The State of Global Air 2017,” published by the Health Effects Institute and the Institute for Health Metrics and Evaluation’s Global Burden of Disease Project.

More troubling, the report also found that people who were exposed to particulate matter for a long period of time were more likely to have shorter life spans. In 2015, that translated to four million premature fatalities linked directly to low air quality.

As in years past, countries such as India and China are being hit especially hard, and in 2015, both countries had more than one million premature deaths linked to air pollution.

But the UK is also seeing its share of early deaths, as a recent report found that 40,000 people died at an earlier age than expected because of poor air quality.

For more than 50 years, Camfil has designed affordable and energy-efficient air filtration products for commercial facilities. We believe that clean air is a human right, and we know that air filtration is the key to eliminating the harmful particulates that can compromise long-term health. Please visit our site to learn more about our clean air solutions.