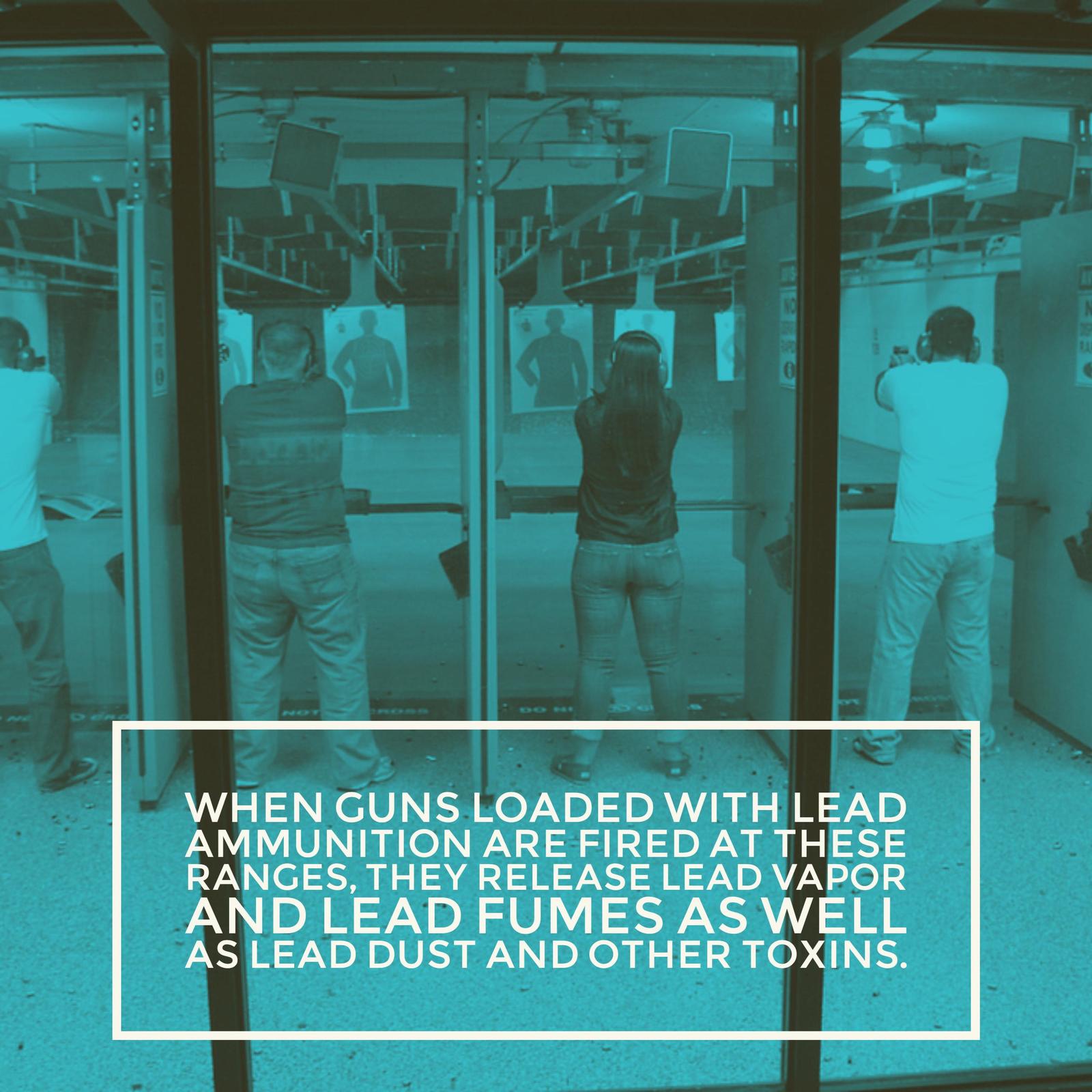 A report by the Centers for Disease Control and Prevention (CDC) has found that many indoor firing ranges are contaminated with lead, which can affect customers who visit these places, as well as those who work at the ranges, and shows the need for proper filtration to combat poor indoor air quality.

There are more than 16,000 indoor firing ranges in the U.S., and an estimated one million law enforcement personnel visit these ranges to practice the use of their firearms.

The CDC report examined blood lead levels (BLLs) in a group of people, which included law enforcement officers as well as people who worked in “amusement and recreation industries,” that included a larger number of firing range employees.

The BLLs from this group were elevated as compared to BLLs from people who were not exposed to lead at firing ranges, and an investigation by the Washington State Division of Occupational Safety and Health (WaDOSH), found that one of the main factors of elevated BLLs was the failure to properly dispose of lead-containing dust at indoor firing ranges.

WaDOSH also found that the best remedies for reducing lead exposure at indoor firing ranges were the use of lead-free bullets, an improved ventilation system, the use of wet mops and effective air pollution filters to eliminate lead particulates.

The study raises the question of just how elevated levels of lead appear in the blood of people who visit indoor firing ranges.

When guns loaded with lead ammunition are fired at these ranges, they release lead vapor and lead fumes as well as lead dust and other toxins.

With each bullet that someone fires, lead residue is expelled into the air, and after the empty casing is ejected, the lead residue also settles on the ground, meaning that lead is both airborne and on the surface of the ground.

Even contact with a surface that is contaminated with lead can affect health as microscopic lead elements can enter the bloodstream and cause health issues.

What’s even more troubling, however, is that lead poisoning is often not confined to the indoor firing range, as people who visit these places can carry residue on their clothes and skin to their homes or workplaces.

According to a 2014 Seattle Times investigation, the Occupational Safety and Health Administration (OSHA) has only inspected 201 of the estimated 6,000 commercial indoor and outdoor gun ranges in the U.S.

And of those 201 inspections, 86 percent were found to be in violation of lead-level standards, which calls into question how many of the other firing ranges would have similar violations.

Worse yet, there are thousands of indoor firing ranges in the U.S. that are run under the supervision of sports clubs and recreational organizations who don’t have to follow OSHA regulations, because they don’t have employees.

Indoor firing ranges must have effective air filtration systems to help remove lead and other contaminants from the air. Check out Camfil Air Filtration for Indoor Firing Ranges.

Camfil’s range of HEPA air filters are designed to meet the needs of any firing range, whether it is a small range for sports clubs members, or a large commercial indoor firing range for thousands of users. Camfil is committed to clean air solutions by offering products that remove the most dangerous pollutants and improve indoor air quality.