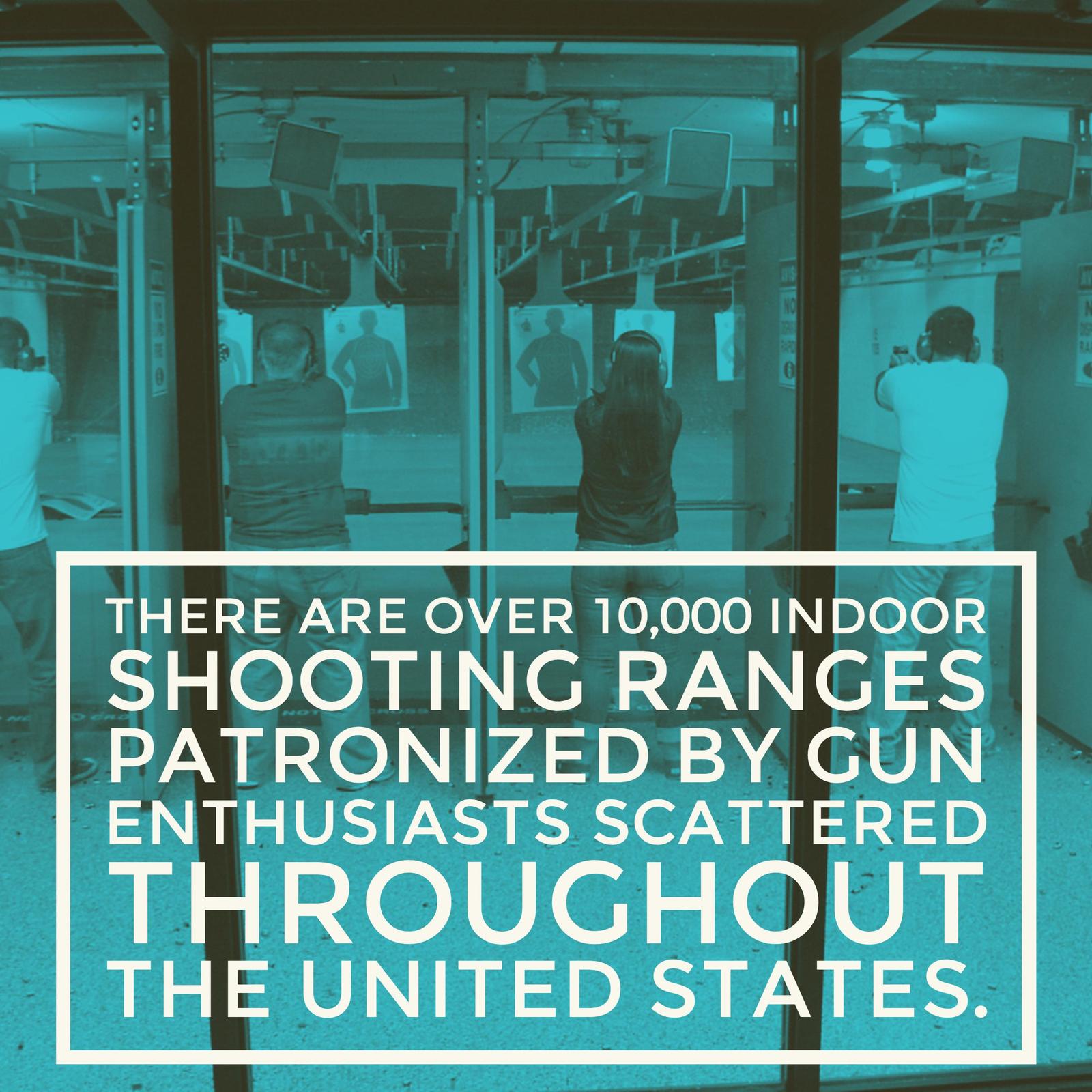 The Hidden Danger Of Air Quality in Indoor Firing Ranges

Lead can damage the brain, blood, nerves, kidneys and reproductive organs.. Does The Gun Range Use Quality Air Filter?

Indoor gun ranges are popular with both professionals who use guns as a part of their job and hobbyists who just enjoy guns and shooting. They provide a safe place to practice, sheltered from unpredictable winds, extreme temperatures and all types of inclement weather.  It is estimated there are over 10,000 indoor shooting ranges patronized by gun enthusiasts scattered throughout the United States.

What many patrons of gun ranges don’t realize, though, is that there is a hidden danger present in these places where enthusiasts come to practice and evaluate equipment. Safety, of course, is a huge concern at all gun ranges. There are strict rules that must be followed by everyone in the building. Building architects employ special designs to minimize the chance of bullets ricocheting or otherwise flying into any area where they could endanger life. But even with all of these precautions, bullets and guns can still be deadly, just not in the way you might think.

There’s a phrase that was popular when cowboy westerns were the biggest genre coming out of Hollywood. At least once in just about any western film, you’d hear some rough and tumble gunslinger utter the words, “I’m gonna fill you full of lead.” This was, of course, a reference to the fact that bullets were, and still are, made with lead.

Certainly, a hunk of lead flying toward you at the speed of sound can be deadly, but that’s not the only way lead can kill you. We have taken steps to remove lead from many things in our daily lives because of the poisonous effect it has when it accumulates in the human body. At one time there was lead in the pipes that carried drinking water, in the gas we used to fuel our cars, even in the pencils we gave to school children so they could write.

Lead poisoning is something that usually occurs over time, as a result of repeated exposure to small amounts of lead. Although treatment can remove lead from the body to prevent further poisoning, any damage already done is irreversible. In some cases, lead poisoning can be fatal. It has been proven to create symptoms such as abdominal pains, fatigue, high blood pressure, memory loss, kidney dysfunction and other severe forms of mental and physical impairment.

At indoor firing ranges, lead is quite literally everywhere, if air conditioners are not maintained properly, and could contaminate even in the air you breathe. Every time a gun is fired, minute particles of lead, some less than 100 nanometers in size or nearly 100 times smaller than a red blood cell in your body, as well as other chemicals released by the combusting gunpowder, are released into the air. More lead is broken loose and released into the air when bullets impact with a surface. All of the energy from that bullet impaction causes millions of tiny particles to be discharged into the air throughout the indoor range. Some particles will remain airborne while others will settle and coat surfaces like walls and floors.

In December of 2013, The Center for Disease Control and Prevention conducted a study at a gun range and store in California. Of 6 employees at the store, three were found to have levels of lead in their blood high enough to be deemed unsafe. Every single surface that was tested showed positive for lead. In addition, all employees were found to have lead on their hands and shoes at the time of leaving work to go home. Employees were actually spreading the contamination back to their homes. All of this occurred in a shop that followed a strict regimen of daily cleaning, as well as a weekly “deep cleaning” and used an air circulation system that constantly pulled fresh air into the building, never recirculating the air inside.

Circulation Without Filtration Is Not Enough

In environments like this, circulating or refreshing air from outside is not enough. Sufficient air filtration and properly designed ventilation systems are absolutely essential to maintaining a safe environment for staff and customers. The surest way to remove the lead and other chemicals from the environment is to filter it from the air before dangerous substances have a chance to settle on surfaces, and spread further through human contact. Secondly, insuring proper air movement throughout the indoor range is just as important as the air filtration products you are using.

Camfil firing range air filtration products are designed specifically for environments where toxic substances are a part of the day to day business. Camfil filters are capable of removing the microscopic particles of lead from the air to help ensure the highest level of protection. In addition to superior air filtration, they provide increased cost savings over competitive products by providing a significantly longer filtration service life, reducing the quantity of filters that need to be ordered and disposed of, reducing the power consumption of fans and circulation equipment. From replacement filters to complete air filtration systems and analysis, Camfil has a solution to fit any need. Camfil gun range air filters capture more lead dust and last longer than any other filter on the market today.