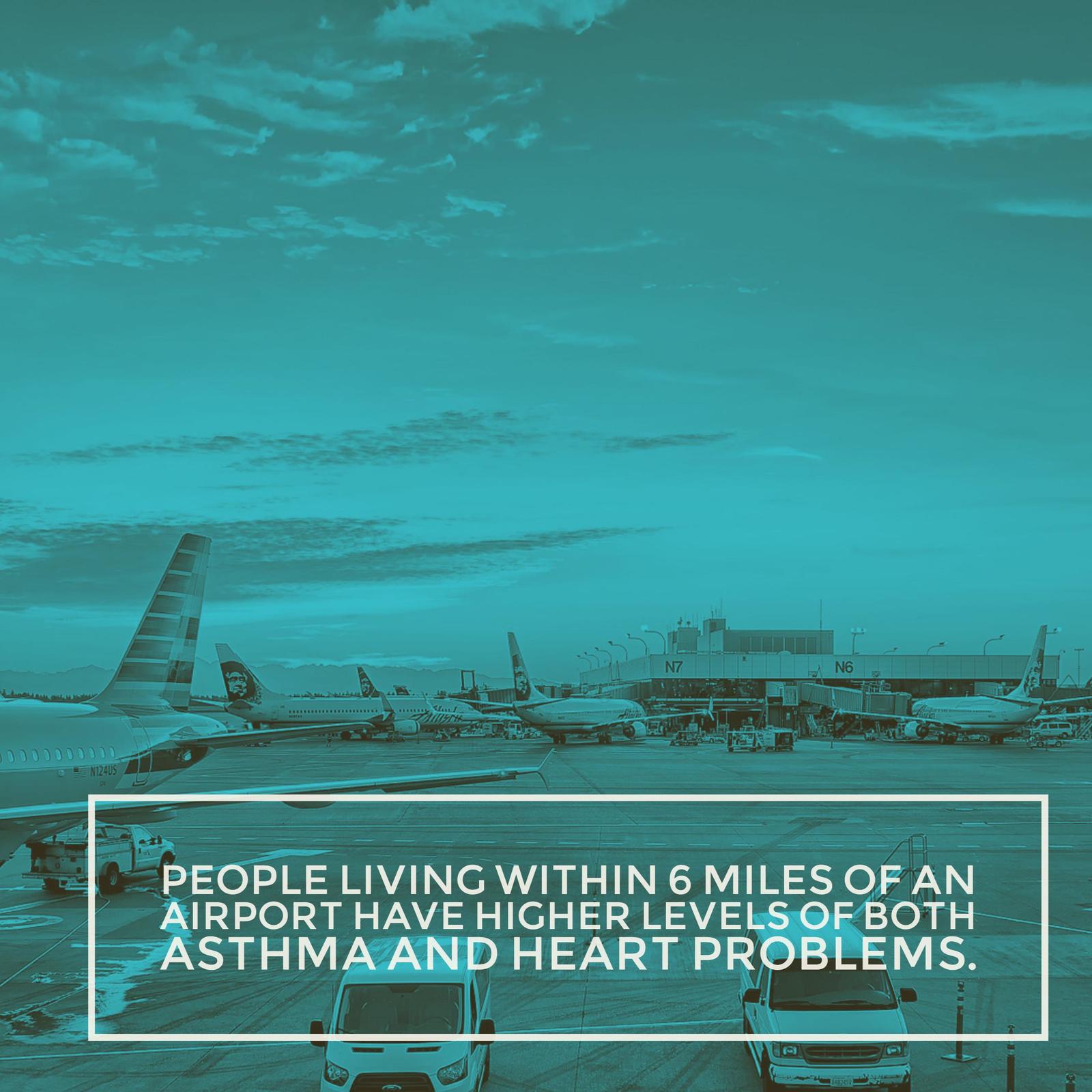 The High Price Of Air Travel

If you live or work near an airport, making the choice to filter the air in your indoor environments could be the single most important thing you can do

The evolution of air travel has changed the world over the last few decades. As the airline industry continues to grow, the world continues to shrink. It’s easier and cheaper than ever before for people to fly from one place to another, be it for pleasure or for business. It is estimated that, in the U.S. alone, 23,000 commercial planes take off and land every day. That’s an average of 16 planes every minute, 24 hours a day.

Unfortunately though, one side effect of the rapid growth of the airline industry is a rapid rise in the levels of air pollution in and around airports. The exhaust left behind by hundreds of planes coming and going every day, coupled with emissions from all of the vehicles required on the ground to keep everything functioning smoothly, produces clouds of toxic chemicals and particles that can have effects on the health of inhabitants in areas up to several miles away from the actual airports.

One study conducted in California found that people living within 6 miles of an airport have higher levels of both asthma and heart problems. The reason is believed to be constant exposure to very high levels of carbon monoxide emitted in the exhaust of massive jet engines. Studying data related to both air pollution and health around 12 of California’s largest airports, researchers were able to draw a correlation between high levels of carbon monoxide in the air and higher than normal hospitalization rates for respiratory conditions such as asthma and heart related problems.

Another study, conducted around LAX International Airport in Los Angeles, found that in a 23 square mile area around the airport, pollution levels were double what they are in other areas farther from the airport.

In the Air and in Your Blood

In addition to carbon monoxide, other dangerous chemicals and gases are formed as the hot exhaust from jet engines condenses and disperses into the air in the surrounding environment. Sulfur dioxide and nitrogen oxide, as well as other microscopic particles left behind are capable of embedding themselves in the lungs and passing through to the bloodstream. Exposure to these chemicals has been linked to asthma, chronic obstructive pulmonary disease, and a variety of heart conditions.

The major problem for both residences and businesses in these areas is that there is no escape from these toxic chemicals in the air. As bad as the air might be outside, it is often much worse indoors. In nearly airtight office buildings and homes with windows closed and limited ventilation, these pollutants make their way inside where they become trapped and build up over time.

At the moment, since the planes are certainly not going to stop flying, the only viable solution for dealing with the high levels of toxic pollution in and around airports is to filter these dangerous chemicals and particles from the air within the buildings and homes where people spend most of their time. If you live or work near an airport, making the choice to filter the air in your indoor environments could be the single most important thing you can do to improve your own health as well as that of coworkers and family.

Camfil’s air filtration products are capable of removing up to 99.95% of dangerous sub-micron sized particles and contaminants from the air. Designed to provide the highest energy and filtration efficiency in the industry, Camfil’s hvac replacement filters can be used to purify the air anywhere from large environments like sprawling airports and office buildings, all the way down to homes and even individual rooms.

A full line of industrial air filtration products is available, providing solutions that will clean and purify the air in even the most polluted and demanding environments, while often reducing operating costs compared to competitive products.