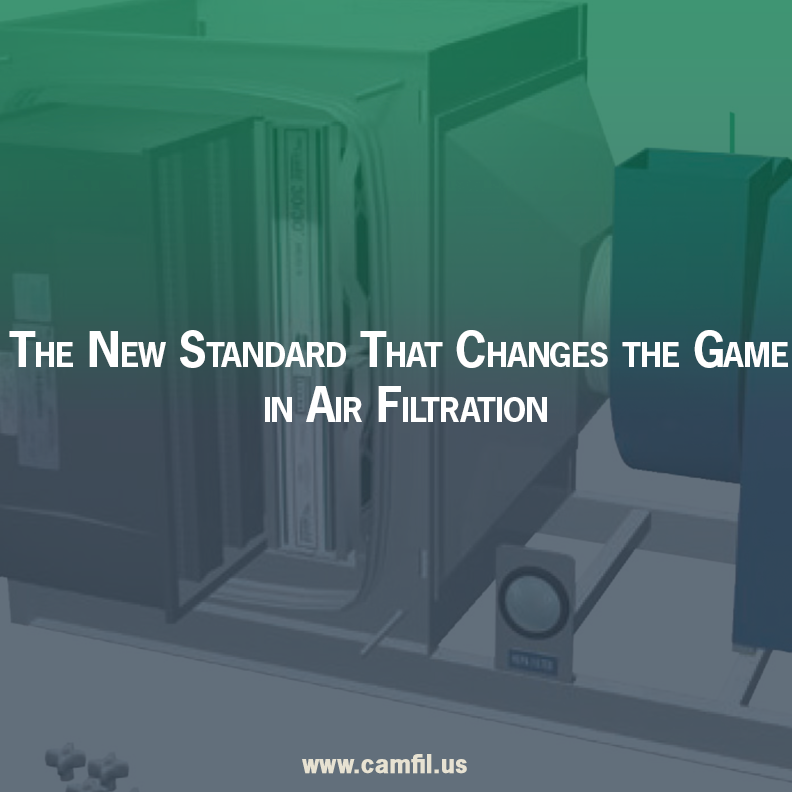 The New Standard That Changes the Game in Air Filtration

For years, commercial air filtration companies were hamstrung by the fact that efficiency standards were not uniform, which made it difficult for consumers to properly compare the worth of air filters on the market. But that has all changed with the implementation of ISO 16890, which brings all commercial air filters under one standard throughout the world.

“The introduction of the new standard, ISO 16890 is a true game-changer for the commercial air filtration industry,” stated Chris Ecob, Global Business Manager for Molecular Filtration for Camfil. “Of great significance is the fact that this standard has global applicability. And as if to reinforce that point, the decision-making was 100 percent voted positive by all countries around the world. Until now, there was no such global standard. In America, the ASHRAE 52.2 standard dominated, in Europe the EN 779 was dominant, and in Asia and the Middle East both standards dominated side by side.”

On the face of it, a new standard for the air filtration industry wouldn’t seem to represent such a big deal, but the truth is that ISO 16890 will provide some real benefits for consumers of commercial air filters.

To better define that point, here are three reasons that the standard will change the commercial air filtration industry for the better.

ISO 16890 will impact the different standards  used in the U.S., Europe, Asia and the Middle East.

For example, ASHRAE 52.2 was the standard used in the U.S., but in Europe, EN779:2012 was the dominant standard, and on other continents, a combination of the two was in effect.

These standards utilized what is known as a Minimum Efficiency Reporting Value (MERV), which assigned efficiency based on the number of dust particles and pollutants that a filter trapped.

The new standard  now establishes one uniform standard throughout the world and may eventually supersede the various current standards.

This will enable consumers to make valid comparisons between air filtration products, and will also help to drive sub-standard air filters out of the market.

One of the weaknesses of the current air filtration efficiency standards is that they did not test for particulates that were smaller than three microns.

Per a piece titled, Why ISO 16890 is the Future for HVAC Filters, air filtration and purification application specialist Ben Klawitter writes that the old standards simply didn’t test for the particulates that were most harmful to human beings.

The new standard will focus heavily on how well air filters can eliminate the tiniest particles, which have been identified as the most hazardous to human health.

One of the other big changes with ISO 16890 is that is creates four classes or divisions of particulates against which all commercial air filters will be tested: PM1, PM2.5, PM10 and ISO coarse, which refers to particulates such as sand and hair.

And per the article, Air Filtration in Transition: A New Test Standard is Coming, published in Filtration News, the World Health Organization (WHO) has used particulate sizes when calculating air quality, and now the air filtration industry will follow suit.

Air filters will have to show a minimum efficiency rating of 50 percent for each particulate class.

The old standard did not address the real working conditions of air filters when it came to smaller particles, but that has now been addressed.

So the question is this: Why is this new class of particulates so important?

Because particulates such as PM1, which include the smallest particles, that have long been identified as posing a threat to human health.

A recent article in China Daily by Wang Hongyi titled, Study Shows PM1 Air Pollution Is Most Harmful, found that the air in major cities such as Shanghai is compromised by the presence of PM1.

But the issue in many Chinese cities beset with pollution is that officials are intent on measuring larger particulates such as PM 2.5, while neglecting the smaller PM1, which is more dangerous.

“Among the conclusions of the research,” Wang wrote, “is that the smaller the particle size, the more danger the pollution poses to public health, suggesting that more research is needed on PM1 pollution – particles of 1 micron or less in diameter.”

For more than 50 years, Camfil has been the industry leader in commercial air filtration, and with that leadership comes a desire to ensure that efficiency standards continue to evolve.

The ISO 16890 is the next step in air filtration standards, and as such, Camfil welcomes the opportunity it presents to ensure the highest quality products in the commercial filtration industry.

To learn more about the benefits of the new ISO 16890 standard, please visit our blog.